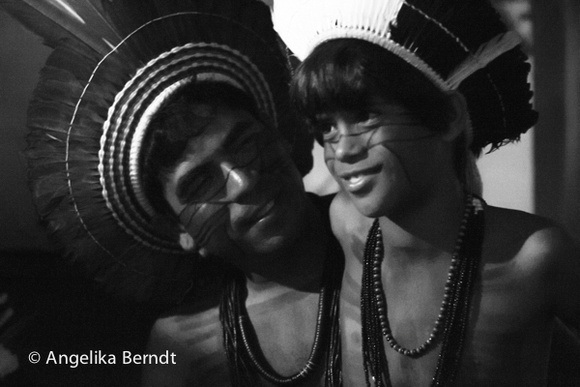 Meeting the chief Pawanã Crody Kariri Xocó and his son in Paraty, Rio de Janeiro state, Brazil. A group of the Kariri-Xocó who are originally from the state of Alagoas in the Northeast of Brazil had come to Rio de Janeiro state to introduce the wider public to their traditional culture and continued struggle for survival. Today the Kariri-Xocó survive in a mixed community which includes members from various surviving indigenous ethnicities and quilombos from the Northeast.